I believe that there are only a few times in a person's life that a movie comes along that is so fitting, that it really changes and directs the course of your life.  For me, that movie was Practical Magic.  Strangely enough, I hadn't even heard of it until five years after its' release.

That year, I had just moved back to Indiana from studying for a year in Salt Lake City.  While in SLC, I felt like I finally found my tribe. However, as quick as I became a part of a group that accepted and understood me, I was thrown into a city where I knew no one.  This conservative town surely wouldn't understand my earth-loving, nature-worshipping heart. 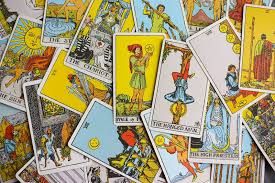 I drove up to my dorm room from Indy on a sweltering hot day in the middle of August.  Although I had spent most of my life in Indiana, I had never really gotten used to the hot days of August.  To top it off, I was driving a '79 Chrysler LeBaron with no air conditioning, heading to a dorm room with no air conditioning.  My only reprieve from the sweltering heat and sadness of leaving my tribe, was living in the international dorms, where I could at least meet a few interesting folks from around the world.

As soon as I arrived, I started looking for a pagan group on campus.  Not to my surprise, I could find nothing even resembling that idea.  However, I took a leap and went to the campus clubs and meetings opening night.  Among book clubs, chess clubs, and campus crusade for Christ, I found two guys huddled around a table with a deck of tarot cards.  I knew I had found my people.  I joined their group and we became the sole three pagans on campus. 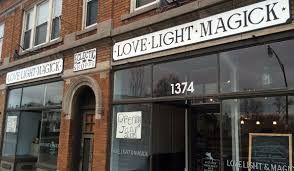 To my delight, later that year, a small pagan/occult shop opened up very near campus and became my favorite place to spend time.  I would go in several times a week, buy a book, a couple sticks of incense, and even a cast-iron cauldron.  Eventually, the community around the shop started to grow and they began offering classes.  I attended them often, as well as the pagan potlucks once a week.  They even offered a movie night!  I was not expecting much from Hollywood's portray of witches and the pagan community, but thought I'd come along to at least spend some time with my tribe. 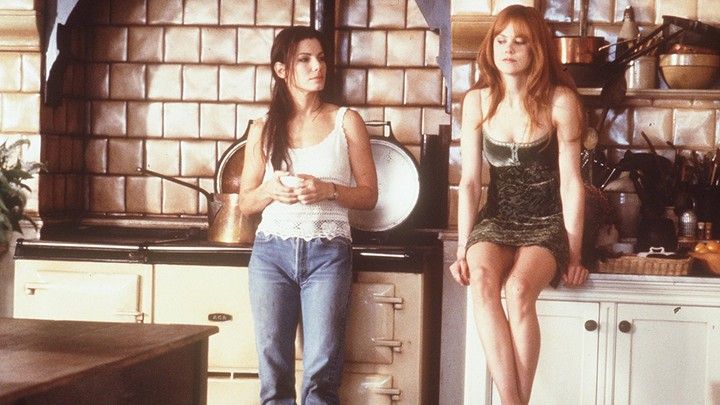 I showed up, sat on the floor, not expecting much, but from the very first line, I was enraptured.  I was so enraptured, that I didn't even eat a bite of my popcorn.  Every film I had ever seen had never portrayed witches in this way.  Of course, I knew the truth, but Hollywood had yet to portray the garden-growing, folk charming, festival attending, down-to-earth, hereditary witches that existed in real life until this film.  Every moment was seemed so poignant.  It felt so good to not only have real witchcraft portrayed in a film, but also to have something to strive to be. 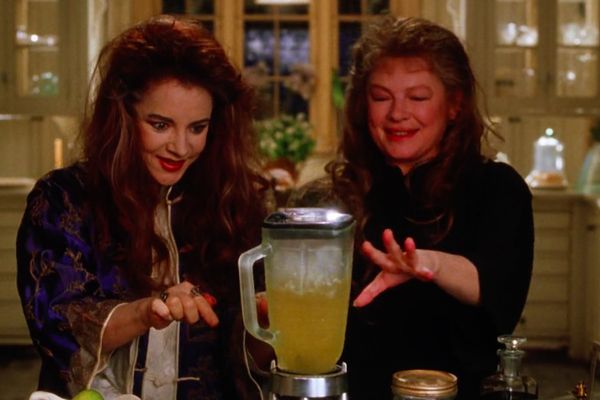 I absolutely loved how down-to-earth this film was: the line of family witches, the curse that needed to be broken, the aunts who let you eat brownies for breakfast and brewed up midnight margaritas, the luscious greenhouse and garden of herbs they used, the huge hand-written book of spells, the town that ostracized the Owens women, the epic white-washed victorian home on the seaside, and the deep bond of sisterhood.  Being a musician, the film score has stuck with me over the years, and has really become something special.  I often listen to the film soundtrack on its own.  I decided to finally play and ode to the film that touched my heart, and created the video above on a beautiful morning at dawn.

This movie would not have been what it is without the amazing writer, Alice Hoffman, and also the real-life witch, Dawnea Adams, who was called onto the set to offer her insight and creativity.  I feel like she has really made this something relatable for today's witches.  I loved the scene she wrote where they bring Jimmy back to life with a whipped cream pentacle on his chest.  (You won't find that in the book!).  I truly hope that if you have not seen this film, that you will sit down and spend some time with it.  Remember friends: "keep rosemary by your garden gate, plant lavender for luck, and fall in love whenever you can."

In Music, Magick, and Myth,

P.S. You can stream the film from Amazon and Hulu today!  Now excuse me while I go watch it again for the 500th time.